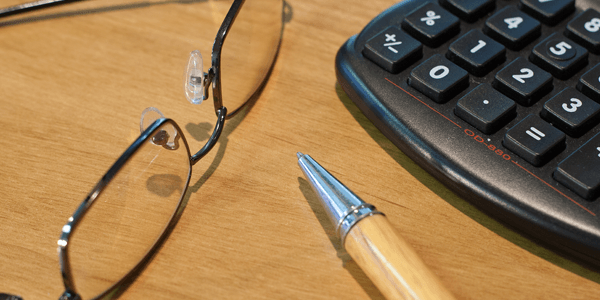 The company reported revenue of $3.31 billion during the second quarter. This was up 8% from $3.06 billion in the same quarter last year. Revenue surpassed analysts' estimates of $3.28 billion.

"Our decisive actions to offset inflation coupled with improved service levels and productivity allowed us to successfully navigate ongoing inflationary pressures and industry-wide supply chain challenges as each segment delivered adjusted operating margin expansion in the quarter," said Conagra CEO, Sean Connolly. "Looking ahead, we remain committed to executing on our strategic business priorities, including strengthening the balance sheet, as we continue our focus on generating value for our shareholders."

The packaged foods company, which boasts popular brands such as Duncan Hines, Healthy Choice and Slim Jim, reported an increase of 8.6% in organic net sales. The company's grocery and snacks segment accounted for $1.3 billion, a 6.8% increase in net sales during the quarter. Conagra's refrigerated and frozen segment increased 10.5% to $1.4 billion in the quarter, while foodservice increased 14.8% to $283 million. The company expects earnings per share to grow 10% to 14% for fiscal 2023.


Helen of Troy Limited (HELE) announced its third quarter earnings on Thursday, January 5. Despite reporting better than expected revenue for the quarter, the company's stock dropped more than 5% following the release of the report.

Helen of Troy reported sales of $558.6 million in the third quarter. This was down over 10% from $624.9 million reported at this time last year, but above analysts' expectations of $522.9 million.

"While the operating environment remained difficult, our third quarter performance exceeded our expectations. Gross margin and cash flow improved significantly during the quarter, and our efforts to reduce inventory have resulted in inventory levels that are now below where we finished last fiscal year," said Helen of Troy's CEO, Julien R. Mininberg. "Consistent with our strategic choices throughout the transformation, our business segments will be even more focused on brand development, consumer-centric innovation and marketing."

The parent company of brands such as Hydro Flask, Vicks, Braun and Honeywell reported a 7% decrease in their Home & Outdoor revenue to $228.9 million. The company also saw a 12% decrease in their Health & Wellness segment to $180.5 million and a decrease of 15% in their Beauty segment revenue to $149.2 million. The company attributed the decrease in revenue to the 23% decline in its Organic business segment driven by lower consumer demand, reduced orders from retail customers, early customer orders in the third quarter and lower sales in the club channel segments. The decline was partially offset by the acquisition of Osprey, an outdoor gear brand. For fiscal 2023, the company expects revenue to be in the range of $2.03 billion to $2.05 billion and earnings per share to be between $4.82 and $5.11.

The company reported sales of $33.4 billion for the first quarter. This was down from $33.9 billion reported during the same quarter last year but above analysts' expectations of $32.8 billion.

"WBA delivered a solid start to the fiscal year, as we continue to accelerate our transformation to a consumer-centric healthcare company," said Walgreens CEO, Rosalind Brewer. "Our core retail pharmacy businesses in both the United States and United Kingdom remain resilient in challenging operating environments. Execution across segments reinforces our confidence in achieving full-year guidance, and our strategic actions are creating long-term shareholder value."

The company's U.S Retail Pharmacy segment saw a decrease in their first quarter sales of 3% to $27.2 billion. U.S. Health care segments reported sales of $989 million in the quarter, an increase from the $51 million in sales at the same time last year. Internationally, the company saw a decline of 11% from the same time last year to $5.2 billion in sales. Boots UK pharmacy sales decreased slightly by less than 1% compared to last year primarily due to a lower demand for COVID-19 services. Walgreens raised its full-year sales guidance and expects sales for next year to be between $133.5 billion to $137.5 billion.

On Wednesday, the Federal Reserve released the minutes from the Federal Open Market Committee (FOMC). At the meeting, policy makers raised their key interest rate by half of a percentage point, which ended a streak of four consecutive three-quarter percentage point rate hikes.

"Participants reaffirmed their strong commitment to returning inflation to the (Federal Open Market) Committee's 2% objective," noted the minutes' transcript. "A number of participants emphasized that it would be important to clearly communicate that a slowing in the pace of rate increases was not an indication of any weakening of the Committee's resolve to achieve its price stability goal."

On Thursday, the U.S. Department of Labor reported that initial claims for unemployment insurance totaled 204,000, a decrease of 19,000 for the week ending December 31 and below economists' estimates of 225,000. Continuing unemployment claims were down 24,000 to 1.69 million.

"This is one reason to be optimistic the economy could skirt a recession," said Moody's Analytics chief economist, Mark Zandi. "Without mass layoffs, it's unlikely consumers will stop spending and the economy suffer a downturn."

Editor's Note: The publicly available financial information is offered as a helpful and informative service to our friends. This article is not an endorsement of any company, product or service.