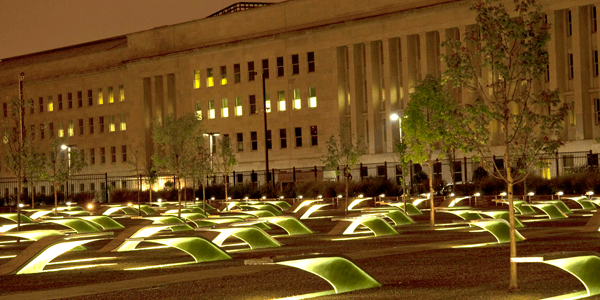 In IR-2020-160, the Internal Revenue Service announced the annual "Dirty Dozen" list of tax scams. Each year, the Service warns taxpayers about criminals who target individuals. The IRS encourages taxpayers to be on the lookout for these schemes.

IRS Commissioner Chuck Rettig stated, "Tax scams tend to rise during tax season or during times of crisis and scam artists are using pandemic to try stealing money and information from honest taxpayers. The IRS provides the Dirty Dozen list to help raise awareness about common scams that fraudsters use to target people. We urge people to watch out for these scams."

The scammers may attempt to contact individuals online or by phone. Taxpayers should understand the basic scam strategies to protect themselves and their family. Last week, this article discussed the first four scam on the IRS "Dirty Dozen" list. Scams number five through eight on the list are refund theft, senior fraud, threats to non-English speakers and unscrupulous tax return preparers.

The IRS has a continuing program underway to reduce refund fraud and theft. This year has also involved an IRS focus on fraudsters who attempt to steal Economic Impact Payments under the CARES Act.

Many criminals try to steal identities and then file false tax returns. During 2020, they also may attempt to steal individuals' Economic Impact Payments. This has been a particular problem for residents of nursing homes and senior homes. The IRS emphasizes that checks for senior individuals are not counted to determine their eligibility for Medicaid and are not included in income. Individuals should go to IRS.gov and review the Coronavirus Tax Relief Page. If you think you have been a victim of identity theft, refer to the Taxpayer Guide to Identity Theft at IRS.gov.

There are a growing number of tax scams that target senior Americans. These may even involve personal and professional advisors for seniors. A primary method for protecting seniors is for a trusted friend or family member to be in regular contact and monitor the financial affairs of the older person.

Many seniors are now active users of the internet and social media. Seniors who use the internet are potentially vulnerable to email phishing scams related to COVID–19. Scammers mount a continuing effort through email, text messages, websites and social media to gain the personal financial information of seniors.

IRS impersonators will often target individuals who are recent immigrants or have limited English skills. These scams are frequently done through "robo-calls," but may be from an actual person. The con artist often has some information on the individual, such as his or her address or the last 4 digits of his or her Social Security number. This information is used to make the call seem legitimate.

Often the scammer impersonates the IRS and frequently will threaten the taxpayer with arrest, deportation or revocation of his or her driver's license. The most vulnerable for this particular scam are individuals who have limited English skills.

The majority of tax return preparers "provide honest, high–quality service, but dishonest preparers pop up every filing season committing fraud, harming innocent taxpayers and talking taxpayers into doing illegal things they regret later." The IRS urges all taxpayers to avoid "ghost" tax preparers. These ghost preparers may cause victims to face potential tax fraud or loss of refund claims. Because many tax professionals are still working remotely, taxpayers who are using remote tax preparers should be particularly careful.

You should not sign a tax return without reviewing it. Do not sign a blank tax return. All preparers are required to have a Preparer Tax Identification Number (PTIN). They must sign the return and include the PTIN on it. The IRS reminds taxpayers that they "are ultimately responsible for the accuracy of their tax return, regardless of who prepares it."

Editor's Note: This is the second note in a three-part series covering the "Dirty Dozen" strategies. The final installment will cover the last four tax scammer strategies. Taxpayers should understand all of the ways that scammers will attempt to take advantage of unsuspecting victims.


On July 23, 2020, Senate Majority Leader Mitch McConnell (R–KY) indicated that the framework for an additional COVID–19 relief bill is in place. McConnell stated, "We have an agreement in principle on the shape of the package."

The compromise bill omits a payroll tax cut that had been requested by the White House. The President noted, "We are not going to get Democrat votes on that. I would like to see it. I think it would be very good for the workers. But if we are not going to get their votes, I guess we have to go on to the next thing."

The new bill is expected to include a second round of stimulus checks. The Coronavirus Aid, Relief, and Economic Security (CARES) Act sent taxpayers (subject to phaseouts) a $1,200 check plus an additional $500 per qualifying child. The new bill is expected to have a similar plan to send checks to individuals within certain income limits. The final stimulus check parameters are not yet determined.

The bill will also include a second round of Paycheck Protection Program loans. There is $130 billion remaining from the first PPP Loan program, but the new bill is expected to increase this amount.

Senator Marco Rubio (R–FL) has been a strong advocate for small businesses. He stated, "We are at a stage now where, frankly, people are being hurt so deeply and so broadly that we should be looking to provide as much assistance anywhere we can." Rubio also advocates allowing companies to deduct the costs that are covered by PPP Loans.

The relief package is supported by the Administration. Treasury Secretary Steven Mnuchin spoke on July 17 at a House Small Business Committee hearing. He stated, "A next phase of relief should extend the PPP, but on a more targeted basis for smaller companies and those that are especially hard-hit, such as restaurants, hotels, and other travel and hospitality businesses."

Mnuchin continued with a recommendation that the second PPP Loan plan should allocate funds to businesses with large declines in revenue. He concluded, "We have a program that works. We try to keep as many parts of the program consistent. We allow a second check, and we put a limitation on a revenue decline and size."

Editor's Note: The new COVID–19 bill is nearing completion. It will require agreement between the White House, the Senate and the House. The Senate has supported a provision to provide liability protection for businesses that reopen. The House has not yet agreed to that provision. A compromise bill is expected to be enacted in mid-August.


In Belair Woods LLC et al. v. Commissioner; No. 19493-17; T.C. Memo. 2020-112 (2020), the Tax Court determined that a deed for a conservation easement did not include a proper judicial extinguishment provision and therefore failed the Section 170(h)(5) "protected in perpetuity" requirement.

Belair is a Georgia LLC that acquired a 145–acre tract in Effingham County, Georgia. On December 30, 2009, Belair donated a conservation easement on 141 acres to the Georgia Land Trust (GLT). The nonprofit is a "qualified organization" under Section 170(h)(3). The deed recites various conservation purposes, but reserves the right to conduct agricultural activities and harvest timber. It also included a right to construct "a limited number of new improvements" on the property, such as a driveway, utilities or other items to enable construction of a residence on two adjacent two–acre parcels.

The required judicial extinguishment provision in the deed states that all prior claims shall be satisfied and the distribution to the nonprofit shall be "minus any increase in value after the date of this Conservation Easement attributable to improvements." The partnership filed an appraisal by David R. Roberts and used a "before and after" method. The IRS denied the deduction and assessed a 40% gross valuation misstatement penalty under Section 6662(h).

The Tax Court noted a conservation easement must be "protected in perpetuity" under Section 170(h)(5)(A). Because the deed reduced the judicial extinguishment share of the nonprofit by the value of improvements, and required payment of "all prior claims," it did not protect the nonprofit interest in perpetuity.

The IRS position in the prior case was a mere concession that was neither accepted nor rejected by the Court. Therefore, there was no "unfair advantage" or a position "calculated to make a mockery of the judicial system."

The taxpayer claimed that the improvements had no value. The Tax Court stated that the improvements were likely to increase the value. The court noted, "It seems entirely plausible that they would do so: roads, driveways, irrigation systems, water pipes, electric cables, and septic systems had value intrinsically and as furnishing essential services to Belair's adjoining residential parcels."

Because there was no support for judicial estoppel and the improvements were deemed to have value, the deduction was denied.


The IRS has announced the Applicable Federal Rate (AFR) for August of 2020. The AFR under Section 7520 for the month of August is 0.4%. The rates for July of 0.6% or June of 0.6% also may be used. The highest AFR is beneficial for charitable deductions of remainder interests. The lowest AFR is best for lead trusts and life estate reserved agreements. With a gift annuity, if the annuitant desires greater tax-free payments the lowest AFR is preferable. During 2020, pooled income funds in existence less than three tax years must use a 2.2% deemed rate of return.